Born in Guangdong, China, he was a grade school teacher in Guangzhou when he decided to emigrate to the Philippines in 1918. According to legend, he migrated to the Philippines in order to earn his fortune and win the hand of a girl whose wealthy Cantonese family looked none too kindly on his poverty. Arriving penniless in Manila, Ma Mon Luk decided to peddle chicken noodle soup, utilizing egg noodles. He soon became a familiar sight on the streets of Manila, plodding down with a long bamboo pole slung on his shoulders with two metal containers on each end. One vat contained his especially concocted noodles and strips of chicken meat, while the other stored chicken broth heated by live coals underneath. With a pair of scissors, he would cut the noodles and meat to serve to his customers. Among his frequent customers were students from the various schools and universities in Manila, whom he would regale with tales about China. Ma Mon Luk himself called his concoction “gupit”, after the Tagalog word for “cut with scissors”.

Ma Mon Luk soon opened his first restaurant in Binondo, where he introduced his equally famous siopao, a steamed pork dumpling enhanced by a secret sauce. Ma Mon Luk nonetheless continued to peddle his wares on the streets, advertising his restaurant by giving away free samples. By the 1950s, Ma Mon Luk and his mami were nationally known, and Ma Mon Luk became the iconic Chinese restaurant, sprouting many imitators who failed to equal its success. At one point, in the mid 1990s, there were at least six Ma Mon Luk restaurants in Metro Manila. But, as of 2006, only the branches in Benavidez Street, Mla., Quezon Avenue, Q.C. and Quezon Boulevard in Quiapo, Mla. remain open. Ma Mon Luk died on September 1, 1961 of throat cancer and is buried at the Chinese Cemetery in Manila. He is succeeded to date by four Mamonluk generations. 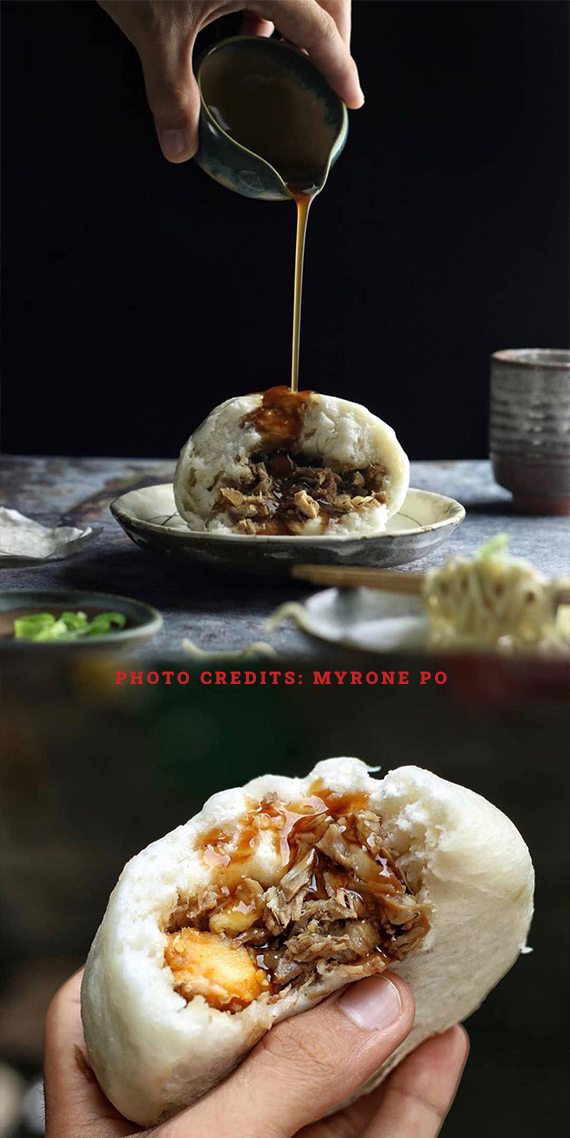 Ever heard of the saying "nothing beats the original" this is exactly what this restaurant stands for. The place kept their authenticity. No bullshits no fancy gimmicks because they don't need to. Their food speaks for itself.

"You'd understand why it was the best of its time." The noodles in that Mami was al dente. Perfect! And man, I would go back for that stuffed and very plump Asado Siopao (Special). They use salted egg, by the way.

Ma mon luk has always been a favorite of my parents so when I got hungry for noodles I had my food delivered via grab. The soup was a lot and it was piping hot when it got here. The soup had a great savory flavor. The meat that came with the noodles were nice and tasty. It's no wonder this has been an all-time fave.

Still one of my favorites. I have been eating here since I was a child. I remember my dad would always bring us here to eat asado siopao and beef mami. The siopao is big and tasty.

Ma Mon Luk is a classic -- it reminds me of how my mom used to tag me along in her Quiapo trips and we'll eat siopao and mami when we're already tired. It's already an institution in Quiapo -- it has become the symbol of hardwork and dedication given its history. You're not just eating when you dine in Ma Mon Luk, you're also in an establishment that has seen the rise and fall cycle of Manila.